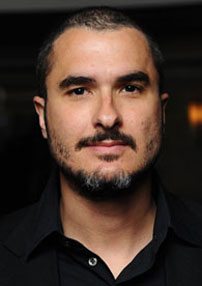 Radio 1 DJ New Zealand-born Zane Lowe and British producer Clare Chadburn jointly take the No 29 spot in the The Guardian’s Music Power 1 list — “the people exercising the greatest influence over the UK’s pop and rock listening habits right now.” ‘On air he sounds like the antithesis of his hero, the late John Peel, but Lowe has inherited Peel’s ­mantle: Lowe’s weeknight evening show on Radio 1 frequently gives new music its first and most widespread airing. As important as his choices — in which producer Chadburn and her predecessor, Kat Wong, are intimately involved — is his exuberant and infectiously enthusiastic on-mic style. And his lightly worn yet extensive knowledge makes him as respected by artists as he is popular with listeners.” London singer Adele made No 1. Zane Lowe is also a member of Auckland band Breaks Co-op with Andy Lovegrove and Hamish Clark.