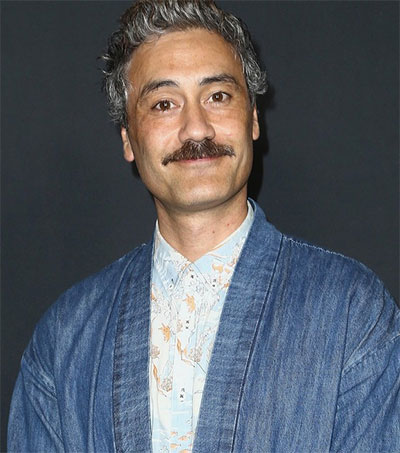 The new accolade, named after legendary film critic Roger Ebert, marks an evolution of the festival’s Roger Ebert Golden Thumb Award, which in the past has gone to celebrated visionaries like Martin Scorsese, Claire Denis, Ava DuVernay, Wim Wenders, and the late Agnès Varda, Nolfi writes.

Toronto Film Festival’s co-head Joana Vicente called Waititi “one of the most innovative, bold, and exciting” directors working today, while her counterpart, Cameron Bailey, added that the 43-year-old is the “rock star cinema needs right now” thanks to his “razor-sharp humour, faultless style, and boundless generosity.”

Prior to directing Thor: Ragnarok to its $854 million worldwide gross in 2017, Waititi oversaw smaller, critically acclaimed films like Hunt for the Wilderpeople and What We Do in the Shadows. He was nominated for an Oscar for his 2004 short film Two Cars, One Night.

His latest film – the World War II satire Jojo Rabbit, in which Waititi portrays an imaginary Adolf Hitler – will premiere at TIFF ahead of an 18 October theatrical release by Fox Searchlight. Waititi is also set to return to the Marvel Cinematic Universe with the upcoming Thor: Love and Thunder, featuring Natalie Portman as a female Thor.