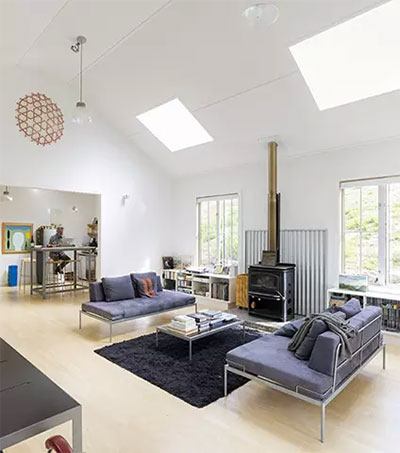 In the Two Paddocks Man Cave with Sam Neill

At Two Paddocks, the vineyard and farm which Neill bought from the New Zealand government in 2000, his collection of animals, which include pigs named Anjelica Huston and Imogen Poots, appear to be doted on by their celebrity proprietor.

Neill has worked with some of the world’s best actors and directors on big box office smashes, including Jurassic Park, as well as critically acclaimed art-house movies, such as The Piano. He is also a star in the popular British television drama Peaky Blinders. But at Two Paddocks there is little acting memorabilia on display. Instead, it is a shrine to one of Neill’s other great passions: making wine.

“I take great pride in the wine that we make. When you get 95 points from Wine Spectator in New York two years in a row you are clearly making one of the great Pinot Noirs of the world – so, ambition fulfilled,” Neill says.

Neill owns four small organic vineyards in the Central Otago region, which produce Pinot Noir and a little bit of Riesling. He planted his first grapes in 1993 and sells his wine in Australia, New Zealand and the UK.

“People are taking the wine seriously, as they should, and that has taken a while,” he says. “People tend to underestimate actors. They say ‘he is an actor, what would he know?’”

Neill lives in a converted tractor shed on the vineyard, which he describes as his “man cave”. The corrugated iron structure has an open plan living room and kitchen and a single bedroom.

The walls of the “man cave” are decorated with art, including work by Gavin Chilcott and Neil Dawson, two prominent New Zealand artists.

He has no plans to retire any time soon and is currently working on a movie about the first female jockey to win the Melbourne Cup horse race, Michelle Payne.

“I’ve had really great times in the most unlikely places. Actors are really very enjoyable people to be with: they are fun, usually intelligent and they tell great stories. They also like a drink or two. What is not to like?”