NZEDGE  >  News  >  Arts  >  Hunt for the Wilderpeople is Perfectly Balanced 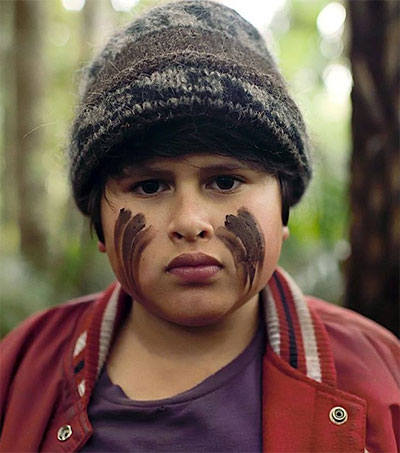 Hunt for the Wilderpeople is Perfectly Balanced

Taika Waititi’s film adaptation of Barry Crump’s Wild Pork and Watercress, Hunt for the Wilderpeople, which made its premiere at the Sundance Film Festival, is a “deliciously good time at the movies,” according to the Hollywood Reporter.

“Waititi is fully in command of Wilderpeople, his biggest and most ambitious film to date,” Boyd van Hoeij writes in the review. “With Kiwi legend Sam Neill and impressive local up-and-comer Julian Dennison (Shopping, Paper Planes) headlining the proceedings, this should again do solid business at home – where Waititi’s 2010 feature Boy remains the highest-grossing local film of all time – while also exciting distributors further afield.

“[Hunt for the Wilderpeople follows] a hard-to-handle foster kid (Dennison) from the big city and a grouchy bushman in his sixties (Neill) forced to forge an unlikely alliance to survive in the New Zealand wilderness.

“The Hunt for the Wilderpeople – the title comes from Ricky likening the duo to wildebeests, known for their long treks – is divided into novelistic chapters with titles such as ‘The Bad Egg,’ or ‘Broken Foot Camp’. They not only help recall the film’s source material but also help to further infuse their journey with something epic.

“What makes Wilderpeople memorable is how attached audiences become to the characters, and as played by Dennison and Neill, they are two fully realised, full of flaws but nonetheless oh-so loveable human beings.”

“Dennison holds his own opposite Neill, who hasn’t been tasked with such a gravely amusing role in years. Together, the two are comic dynamite. Waititi also gives ample room for his supporting cast to shine: most notably [Paula] (played by Rachel House), who is uncomfortably committed as a child-services worker on the edge, and [Rima Te] Wiata, an actor with enormous heart.”