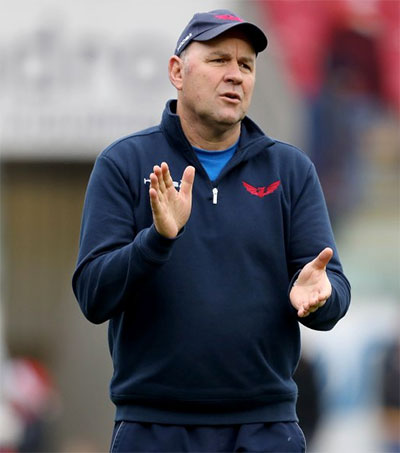 How Wayne Pivac Transformed the Scarlets

There were moments early on in Wayne Pivac’s time at the Scarlets when he wondered if he had made the right choice in leaving behind his Auckland world to head to west Wales. “There were some players that wanted me out,” Pivac tells ESPN UK.

But a life on the rugby field and 15 years in the police force had taught him to trust instincts and communication.

“I said to myself ‘hang on, there’s a job to be done here’,” Pivac says. “We knew we had to ruffle some feathers, manage expectations, a few people had to move on and you’ve seen the results.”

The Guinness PRO12 trophy sits proudly in Parc Y Scarlets telling the story of last season’s remarkable campaign; Pivac now has a new contract to his name, despite overtures from back in New Zealand and elsewhere trying to tempt away one of the highest-rated coaches in world rugby.

But he is only getting started. “Everything’s about timing and enjoyment,” Pivac says. The passion and thirst for knowledge is ever-present. “I’m halfway through a project and at the moment I’m still listening and learning.”

The Wales national team has long been a home from home for New Zealand coaches with Graham Henry, Steve Hansen and now Warren Gatland all holding the top job. But Pivac is a little different. Apart from Mark Hammett’s unsuccessful spell at the Cardiff Blues, he is the only other New Zealander to coach a region and Welsh rugby is reaping the benefits of his coaching philosophy.

It is centred on communication and inclusivity.