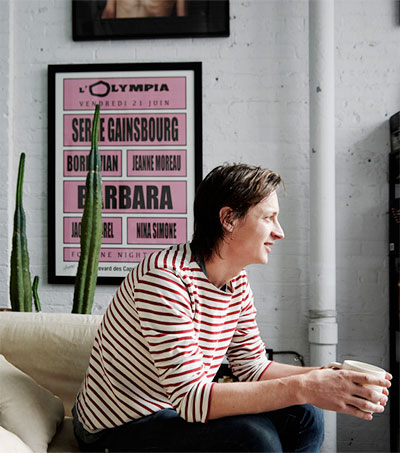 At Home in Brooklyn with Photographer Henry Hargreaves

New Zealand-born photographer Henry Hargreaves lives in New York in a 1930s brick building that, like many others in its vicinity, was once a factory. His apartment, three stories up, contains a hallmark or two of Brooklyn living: a projector stands in for a television screen; a record player takes centre stage atop a wooden credenza.

Hargreaves has lived in this city ten years; a length of time many agree officially awards one the title of “New Yorker.” Over the course of that decade, he’s transitioned from fashion model to photographer, building a body of work focused largely on image-based storytelling through food – his most popular series depicted the last meals of death row inmates.

Freunde von Freunden asks Hargreaves what compelled him to move to New York in the first place.

“I spent some time travelling in Asia after school and was based in Europe during my modelling years, but I found that of all the cities I’d been, New York felt the most positive,” Hargreaves says.

“People are born in a city like London and stay ‘til they die. In New York, people come, but most of them leave once they’ve burnt out. That’s part of what gives it its energy, I think. Everyone wants to do their thing – and do it well – while they’re here. I really responded to that, and I wanted to stay.”