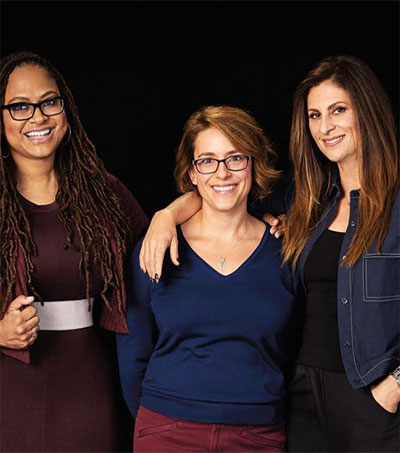 Never in the history of Hollywood has more than one female filmmaker been at the helm of a feature with a budget of USD$100 million or more – until now. On the heels of Patty Jenkins’ Wonder Woman, three more women are directing big-budget studio movies (all at Disney), including New Zealander Niki Caro who is directing live-action adventure Mulan, which is being shot in New Zealand.

Caro’s Mulan, which just cast Chinese actress Liu Yifei as the titular lead, is slated for release in 2019.

Wellington-born Caro, who most recently directed The Zookeeper’s Wife, says that for a long time, she hid from the spotlight, but now, “it’s important to be seen. I used to resent the title ‘female director’ because I’m a director, and gender doesn’t really come into it. But times aren’t changing fast enough, so for people that look to Captain Marvel or Mulan – and [Marvel’s] Anna [Boden] (pictured centre) and me standing right behind those characters – I feel that responsibility joyously.”

A Wrinkle in Time’s Ava DuVernay makes up the trio and is pictured left.