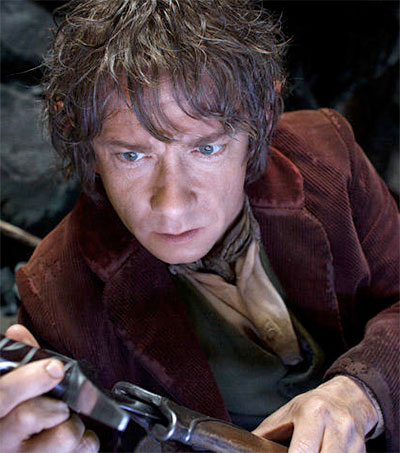 “In one of the most epic feats in recent cinema history, New Zealander director Peter Jackson brought to life Tolkien’s fantastical universe with The Lord of the Rings trilogy. Almost a decade later, the tentative idea of adapting The Hobbit into a two-part prequel saga started to become a feasible possibility,” Indiewire writes in a piece on 17 films that beat the odds and made it to audiences.

“New Line Cinema, MGM, and Warner Brothers were up for the challenge and in 2008 hired Jackson’s longtime friend and monster specialist Guillermo Del Toro to direct. The Mexican director had committed three years of his tight schedule for the project, but as the MGM financial debacle occurred the production experienced continuous delays, which would be the cause for Del Toro to bow out of the franchise in 2010.

“At that point it was only logical for Jackson to take over the films himself. When everything finally seemed to be on track, another complication aroused, acting unions form the US, UK, Canada, and primarily Australia protested what they thought were unfair wages and working conditions of New Zealand actors working on The Hobbit. In response, Jackson denied the claims and threatened to move the production to Eastern Europe.

“Probably as a result of the immense pressure to deliver a great product and dealing with unexpected mishaps, Jackson was hospitalised due to a severe stomach ulcer. As a testament to his talent and dedication, the first two films were released in 2012 and 2013 respectively, and did very well.

“But the Middle Earth intrigue doesn’t end here. More recently, and as the release date for the final chapter in the trilogy was postponed, a new lawsuit involving the Weinsteins and Warner Brothers regarding royalties for these new films made the headlines.

“Nonetheless, The Hobbit: The Battle of the Five Armies has been scheduled to open on 12 December 2014.”