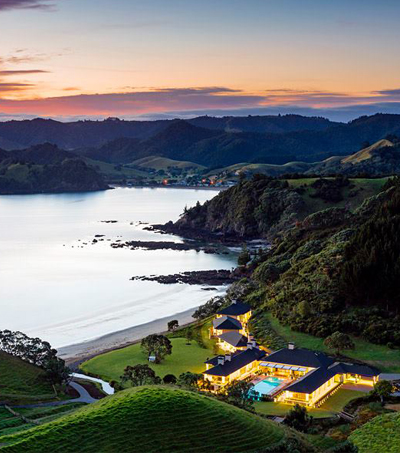 Helena Bay Lodge in Northland, New Zealand has been cited on Condé Nast Traveler’s Best New Hotels List 2017. The magazine’s editors “vetted hundreds of recently opened hotels and resorts” and “found that what stands out are the properties that combine old-school extravagance and service with just the right measure of modernity.”

“The property features three kilometres of pristine coastline, four private beaches and many intimate coves,” as described on the Lodge’s website.

“Travellers looking for a remote escape with an invisible “do not disturb sign,”  meanwhile, will want to know about Helena Bay Lodge on New Zealand’s Poor Knights Island, which features the world’s largest sea cave,” according to an article in Malay Mail Online.