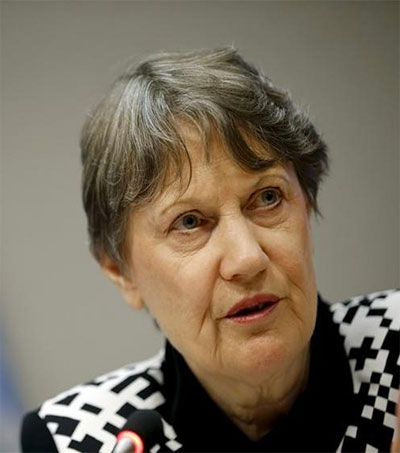 Clark is among eight candidates vying to replace Ban, who is ending his second consecutive five-year term of office at the end of the year.

Clark, who was in Barbados for the launch of the UNDP’s Human Development Report for Latin America and the Caribbean 2016, told the Caribbean Media Corporation (CMC) that coming from a “small country” she would be fully aware of the problems facing small island states like those in the Caribbean.

“From a Caribbean perspective, you would know that you have an incoming secretary general who is very immersed in the issues of the small island developing states. As a New Zealander I come out of a region where the majority of nations are small island developing states with a number of issues and challenges similar to those of the Caribbean, not entirely identical … but certainly an immersion in the issues and development solutions,” Clark told CMC.

The UN, established in the wake of World War II in 1945, has had eight secretaries general in its more than 70 years of existence – all of them have been men.

Last week, the outgoing secretary general said he should be replaced by a woman, noting that it is “high time” a woman led the multinational organisation.

“We have many distinguished and eminent women leaders in national governments or other organisations or even business communities, political communities, and cultural and every aspect of our life,” Ban told the Associated Press, adding “there’s no reason why not in the United Nations”.