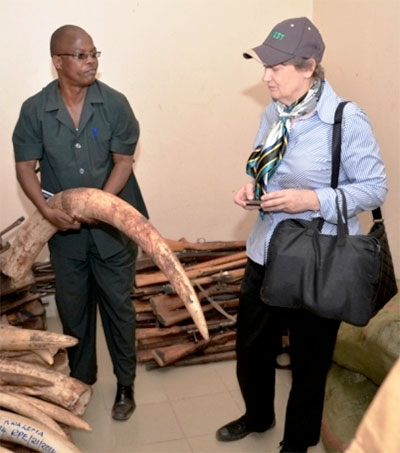 An Open Letter was delivered to the New Zealand Government and Prime Minister John Key on 17 July.

Clark has recently returned from visiting African countries on the frontline of the poaching crisis. Voted by Forbes as one of the most powerful women in the world, Clark is on a mission to dismantle the illegal wildlife trade by tackling the root of the problem: rural poverty in African source countries.

“This vile trade is a development, environmental, and security challenge,” Clark says. “It is pushing endangered species toward extinction, fuelling corruption and conflict, and putting lives and livelihoods at risk.”

In support of the ivory ban in New Zealand, South African environmental activist Jamie Joseph, writing for the Huffington Post, also met up with legendary conservationist and scientist Jane Goodall to discuss the elephant crisis.