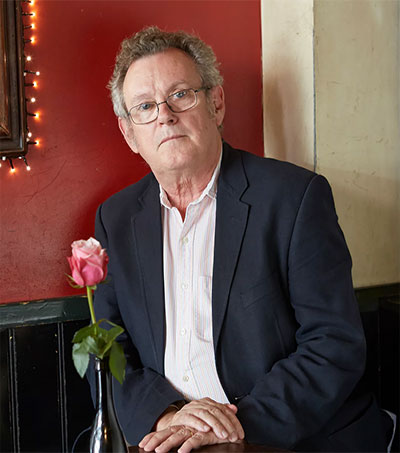 He mentions Dylan in the same breath as Ovid, Virgil and Dante. The Guardian’s Zoe Williams meets New Zealander Richard Thomas, the classics professor who has spent half a century decoding Bob Dylan’s imagery, sources and allusions.

“People who know Bob Dylan slightly, or know of him – the book is to help them to understand why he’s important.” With this mildly phrased description, Richard F Thomas, a classics professor at Harvard, originally from New Zealand, born in London, doesn’t quite do justice to his book Why Dylan Matters, according to Williams.

It is a poignant blend of memoir, literary analysis through a classical lens, musicology and, above all, love. He loves Dylan with a passion so selfless and so intense that it’s impossible to emerge from the book, let alone meeting its author, untouched. And I was a fan already – I just didn’t realise until now how second-rate I was at it.

In 2003, Thomas suggested that Harvard should start a Dylan module, and he recalls, with a victor’s grace, that some of his colleagues were against the idea, thinking it too trivial; by 2016, Dylanology was well-established. When news came of his Nobel prize, “the New York Times was in my classroom that afternoon, it was on the front of the arts section of the Times that Saturday, so I had the book contract by Monday”.

Thomas has been to Dylan’s high school, met his 90-year-old English teacher, has ruminated on the singer’s few months at college surely more deeply than Dylan himself did, and has watched his live performances, often many times in a single tour, with devotional attentiveness. But he’s never met him, and isn’t sure that he’d want to.

“First of all he wouldn’t say anything. But also, Virgil is the poet I’ve most worked on. We know where he was born, we know when he was born, we know when he died. There are a few other anecdotes about him but most in a life that was written 100 years after he died. And that doesn’t bother me. I don’t need to know the poet. All I need is the poetry. Besides, what would I say?”