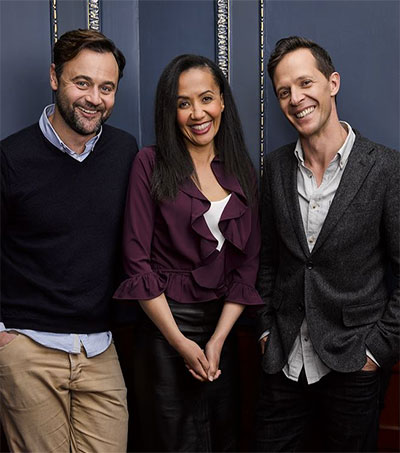 Playing the boy who lived – well, the man who lived, given that Harry Potter and the Cursed Child takes place 19 years after the Battle of Hogwarts – is Gareth Reeves (pictured right), a New Zealand-born, Sydney-based actor who’s worked for Australia’s Bell Shakespeare extensively and appeared in the Underbelly series and HBO’s The Leftovers.

The full 42-member Melbourne cast for Harry Potter and the Cursed Child has been announced, with a mix of stage and screen veterans drawn from across Australia.

The Guardian reports that Reeves plays an older Harry Potter, whose struggles with parenting his middle child, Albus Severus Potter, set up the central tension of the play.

The UK newspaper says that the show, which opens for previews on 16 January and will officially open on 23 February, has already sold a record number of tickets.

It picks up after the end of Rowling’s seventh Harry Potter book, on Albus Potter’s first day at Hogwarts, and features a lost time-turner, revelations about the truth of the Hogwarts Express trolley witch, and a return to the events of the triwizard tournament (which occurred in the fourth book, Harry Potter and the Goblet of Fire).

Written by Rowling and Jack Thorne and directed by John Tiffany, the play premiered in London in 2016 and has since moved to Broadway.

Tiffany told the Guardian he was “excited and proud” to be working with the new Australian cast.

“During the casting process we saw an extraordinary breadth and range of talent from all across Australia and New Zealand and I think audiences are going to be blown away,” Tiffany said.