NZEDGE  >  News  >  Arts  >  Hargreaves Is Still Playing with His Food 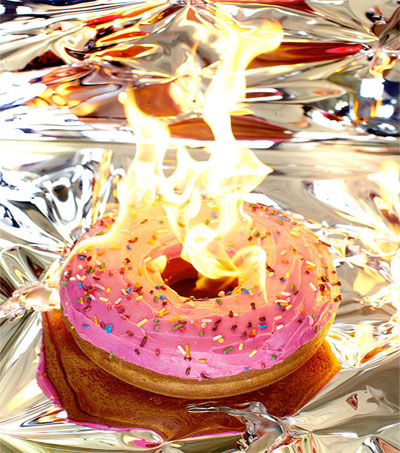 Hargreaves Is Still Playing with His Food

“Jelly becomes a series of American presidential portraits as Hargreaves’ tribute to the most recent US elections. ‘I liked the play of it being such a childish thing but being used to tell this presidential story,’ Hargreaves explains. ‘From what I understand a couple of the ex-presidents have also seen the series and dug it.’

“Humble maps become food artworks as their outlines are constructed from their most noted culinary stereotypes. France made out of bread and cheese? Australia made out of shrimp?

“For Miami’s heavyweight annual art show, Art Basel, Hargreaves and his partner-in-crime, food artist Caitlin Levin, crafted reconstructions of iconic art galleries. Elegantly shot in black and white, the results are a subversive play on his approach to date that might have been too artful for their own good. ‘We felt like we had bitten off too much with that,’ grants Hargreaves, ‘and weren’t going to be able to do the idea justice and we did; that was really satisfying.’”

He lives in New York.