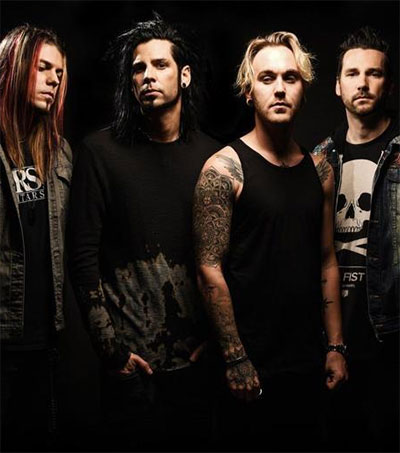 Known as one of the hardest working bands out there, Like A Storm fought hard to be heard. The three Auckland brothers who founded the group came to the United States knowing no one, and built a diehard and devoted fan base by constantly touring to promote their debut album, The End of The Beginning with top acts such as Alter Bridge, Shinedown and Creed.

In the midst of that whirlwind, the road served as the foundation for their forthcoming sophomore set, and first album for Another Century Records, Awaken the Fire.

“We were growing as a band and getting inspired by life on the road,” Chris Brooks explains. “We never stopped writing as we were touring. Our fans were hungry for new music, and we were hungry to put something out. We didn’t want to sit around and wait to see which label came knocking at our door. So, we decided to make the album ourselves, produce it, tour it, and preserve this awesome connection we’re lucky to have with our fans. We made a mobile studio rig and brought it everywhere.”

Like A Storm plays live at Bourbon Theatre in Lincoln, Nebraska on 11 December.