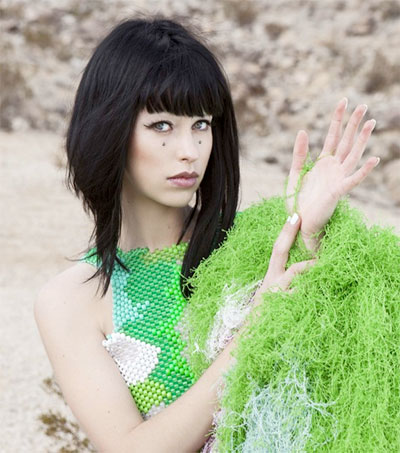 “The Golden Echo is less of a sophomoric follow-up and more of a bona fide pop classic from [New Zealand] singer Kimbra …”, in fact declares the Guardian, it’s “a straight-up masterclass in sheer pop joy.”

“For her sins, Kimbra Johnson thinks very deeply about making pop music. Her extraordinary vocal talent isn’t enough – it has to be garnished with an anxious combination of craft and historical reference. What’s impressive is the fact that the [Melbourne-based singer] hasn’t yet allowed herself – or her various consiglieri – to overthink the task.

“Track after track is knowingly crammed with joyful pop tropes. Miracle is so unapologetically disco it borders on parody, while Madhouse is a tight, carefully crafted amalgam of Prince, Janet Jackson and the entire Ghostbusters soundtrack.

“The Golden Echo isn’t a perfect album, but it contains more than a few moments of pop perfection. Combine them with Johnson’s obsession with studio craft and we have an album that’s less of a sophomoric follow-up and more of a bonafide pop classic. By itself, Johnson’s sheer Pro Tools-crashing exertion would be worthy of our attention, but the artfulness with which she references the past 30 years of pop is as bold a statement as any about the form.”

Four out of five stars.