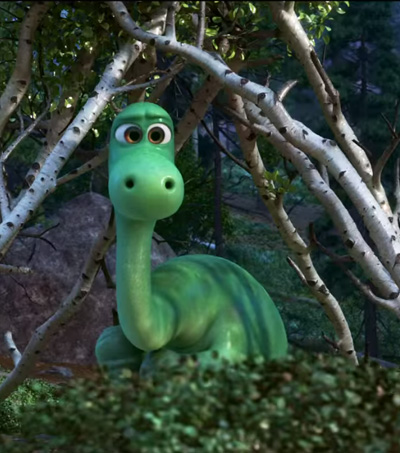 The official trailer for The Good Dinosaur has been released and is starring New Zealander Anna Paquin as part of the voice-over cast.

“At first glance it might look like ground similarly tread by another animation studio you might have heard of. After all, Pixar’s The Good Dinosaur follows the story of a misfit prehistoric creature who bonds with a human toddler. But there the similarities to the Ice Age franchise end”, writes Erik Pederson for Deadline Hollywood.

Canadian-New Zealand actress Anna Paquin is the voice of T-Rex Ramsey in Peter Sohn’s directorial debut, which takes place in an alternate past in which dinosaurs did not become extinct, but survived well into the Pleistocene era.

What follows is an epic journey through this world from the perspective of an Apatosaurus named Arlo, who befriends a human boy. On their journey Arlo learns the power of confronting his fears and discovers what he is truly capable of.

“‘A single kindness can change everything’ reads the text in the trailer before it takes us inside the visually stunning, emotional and treacherous journey of Arlo and his little human buddy,” writes Michael Calia for The Wall Street Journal.