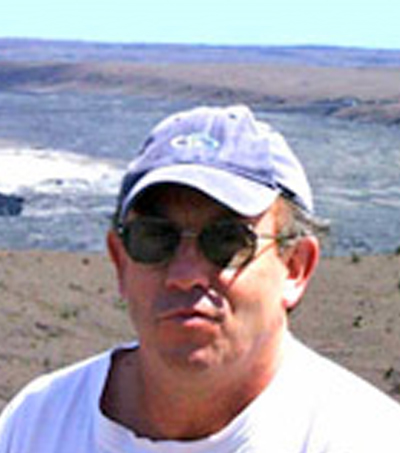 “Professor Bruce Houghton – described by one colleague as “a giant of volcanology” – has received the International Association of Volcanology and Chemistry of the Earth’s Interior’s Thorarinsson Medal”, which is ‘volcanology’s highest honour,’ writes Jamie Morton in an article for the NZ Herald. The medal is awarded only once every four years.

“I was delighted and surprised by the award. All my research is collaborative and most of my publications have been first-authored by my students or post-docs, and these are not the type of statistics that usually lead to such awards, said Auckland-born Houghton.

“I was particularly pleased because all three of my mentors in volcanology are in the list of eight prior winners of the medal; it is quite humbling to be joining them.”

Houghton is “the science director of the National Disaster Preparedness Training Centre at the University of Hawai’i at Manoa”. Earlier he “spent 25 years in Taupo and Rotorua as part of GNS Science and its former entity, the Institute of Geological and Nuclear Sciences”. There he was part of a team responsible for volcanic hazards research and played a leading role in the science response to the 1995-1996 Ruapehu eruptions, according to the article.

“Over recent years, Houghton had become the world’s foremost expert on explosive basaltic eruptions – a type of eruption that once occurred at Tarawera,” writes Morton.

In her nomination letter University of Tasmania’s Dr Rebecca Carey described Houghton as “scientist of outstanding distinction”, who had “tackled ‘big’ problems in geology with innovative approaches and technologies.”

“In New Zealand and in the US, Houghton pioneered research across the interface of fundamental volcanological science and hazards, social and behavioural science, contributing to the design of training courses for scientists, first responders and emergency managers in both countries,” reports the article.