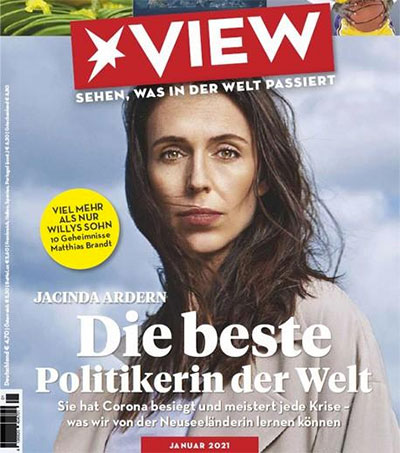 For its January 2021 issue, the German magazine View has declared Prime Minister Jacinda Ardern the “best politician in the world” and features the 39-year-old on the cover, with the words: “She defeated coronavirus and masters every crisis – what we can learn from the New Zealander.”

The nine-page story includes photographs of Ardern as a child, meeting the Queen, and in the aftermath of the Christchurch mosque shootings.

“Jacinda Ardern’s rays light up international politics since she came to power in October 2017,” the article says.

The cover image of the Prime Minister, taken by Auckland-born photographer Derek Henderson at Bethells Beach, was first used in a story for American Vogue in 2018.