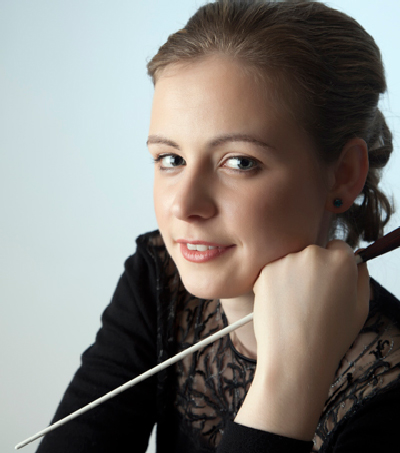 University of Canterbury graduate Gemma New has been selected by the Los Angeles Philharmonic Association as one of two conductors to participate in the 2014/15 Dudamel Fellowship Program.

New will be conducting ‘Peter and the Wolf’ at the Los Angeles Philharmonic Walt Disney Concert Hall in April 2015.

The announcement comes on the back of a successful few years for New, who was named by New York’s Classical Music Radio Station in 2013 as one of the “Top Five Women Conductors on the Rise”.

She currently serves as Associate Conductor for the New Jersey Symphony Orchestra, and is also the Founder and Director of the Lunar Ensemble, a contemporary music collective in Baltimore, Maryland.

Upcoming guest conducting engagements include the New Amsterdam Symphony in New York and the Christchurch Symphony Orchestra for the finals of the National Concerto Competition in New Zealand in 2015.

Music Director Gustavo Dudamel, together with the Los Angeles Philharmonic, created the Dudamel Fellowship Program in 2009 to provide a unique opportunity for promising young conductors from around the world to develop their craft and enrich their musical experience through personal mentorship and participation in the Los Angeles Philharmonic’s orchestral, education and community programs.

“As the sixth year of this program begins with the 2014/15 season, I feel very proud to support the growth of these young, exceptional conductors from throughout the world,” said Dudamel.

“The LA Phil’s commitment to foster the talent of future generations with first-hand training is a unique opportunity that enables each of the fellows to further their craft and fully realise their potential.”