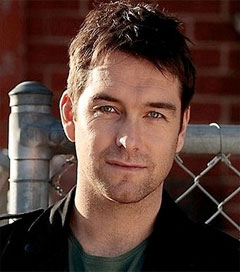 New Zealand actor Antony Starr, 37, who played twins Van and Jethro West in Outrageous Fortune, has a role in the new HBO/Cinemax action-drama series Banshee, produced by Alan Ball of True Blood and Six Feet Under-fame. Starr is Lucas Hood, an expert ex-con who, after 15 years in prison, is searching for his sweetheart and dodging the gangsters he ripped off before going behind bars — all while hiding out assuming the identity of a sheriff in the Amish community of Banshee. Starr described the show as different from anything else on television. “It works very hard not to be put in a box,” he says, “and it’s pretty exciting to be involved in a project that feels like that. It feels very fresh.” In 2011, Starr joined the cast of the Australian police drama Rush, playing Senior Sergeant Charlie Lewis.