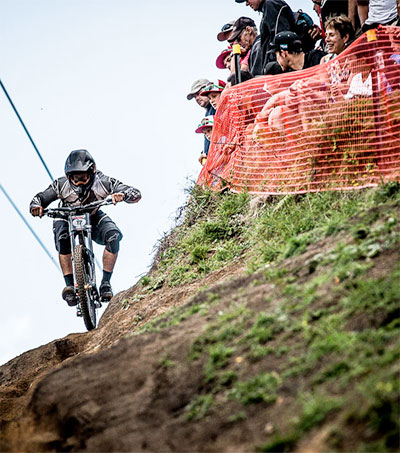 The race “was filled with frenetic action” Brice Minnigh reported. “An international field of racers pinning it down the challenging course, which turned Rotorua’s tacky dirt into a maze of deep holes, braking bumps and ruts.”

“After spending much of the race in the hot seat, US racer Eliot Jackson was eventually ousted by Frenchman Loic Bruni, who took a commanding victory with more than a two-second lead. [Briton] Rachel Atherton pocketed the win against the rest of the women, with [Australian] Tracey Hannah and [Switzerland’s] Emilie Siegenthaler finishing in second and third.”