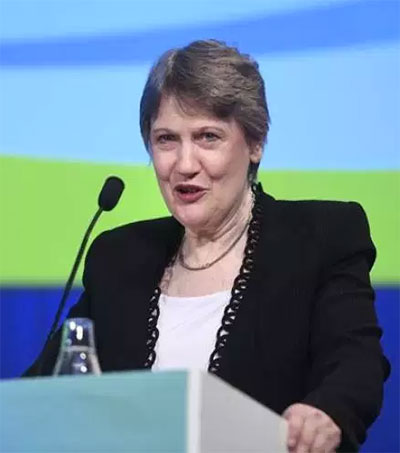 Helen Clark, the former prime minister of New Zealand, was in Edmonton recently to collect an honorary degree from the University of Alberta. She was also in Canada to speak at the Victoria Film Festival screening of My Year with Helen, Gaylene Preston’s documentary about Clark’s campaign to become secretary-general of the United Nations.

As well, Clark has been giving endless interviews about the big news back home, where current prime minister, Jacinda Ardern, had a baby last week.

Clark, 68, said that she had been up most of the previous night commenting on the birth and its significance.

“Firstly, it’s a lovely story,” she said. “I mean, here we are with these most terrible things going on in the world and the New Zealand prime minister has a baby, and people in New Zealand are very excited about this.

“Of course, you get normal naysayers, but overwhelmingly, there is just incredible goodwill towards her. People say: ‘Well, good on her. She’s showing that you can do both.’”

Clark admitted that after the UN process concluded, she felt a sense of “foreboding” about the US election.

“Look, here was Hillary Clinton who was clearly very well-qualified to be president of the United States of America. But you started to get a feeling that not everybody thought that a woman should be doing this job. It went beyond normal partisanship.”

Clark said both those events took her back more than 30 years in New Zealand, and, as Preston’s documentary reinforces, made clear that the battle is far from over.