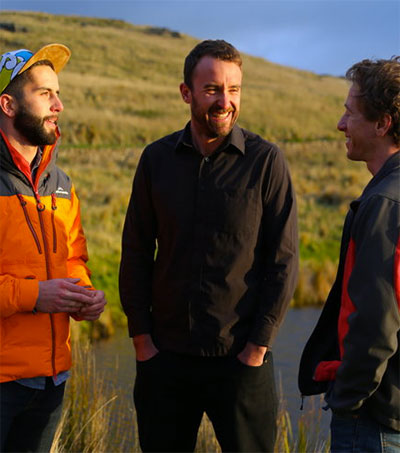 The group was founded in March by British climate scientist and glaciologist Dan Price, American Ph.D. candidate Jeff Willis, and Adrien Taylor, a French-New Zealander (pictured left) who is CEO of Offcut Caps, a sustainability company. The group encourages donations and began its efforts with 1000 New Zealand trees provided by Offcut.

So far, the group has more than 50,000 trees pledged to its effort, according to the Huffington Post.

“We wanted something tangible that people could do that would actually have a physical impact on what the US government is doing,” Price told the Post.

The goal is for Trump Forest to grow so large that it can offset additional carbon released into the atmosphere should the White House roll back the Clean Power Plan, legislation enacted under the Obama administration to combat global warming.

To hit that target, Price told the Post that over 110 billion trees, covering an area roughly the size of Kentucky, would need to be donated. It’s a lofty goal, Price said, but it’s not their only one.

Christchurch-based Offcut Caps are handmade from fabrics destined for landfill.

The company plants a tree with every cap sold.