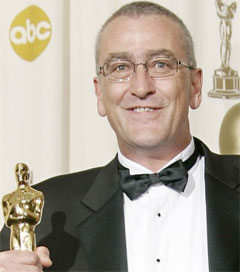 Oscar-winning sound editor New Zealander Mike Hopkins, 53, who worked on the Lord of the Rings trilogy and other blockbusters, has died in a rafting accident on the Waiohine River in the Tararua Range. Hopkins shared Oscars with Ethan Van der Ryn in 2003 and 2006 for King Kong and The Lord of the Rings: The Two Towers. The sound editing partners also were nominated for Transformers. Director Peter Jackson said Hopkins was extraordinarily talented and a thoroughly deserving Oscar recipient. “Under his guidance, New Zealand became recognised as one of the leading hubs of post production sound in the world,” Jackson said. New Zealand film director Geoff Murphy, who worked with Hopkins on Never Say Die in 1988 and had been working closely with him during the past six months on a remastering of the 1983 film Utu, said Hopkins was a “frontrunner” in the movie industry. “He was one of those guys who was at the very forefront of technology and knew exactly what was going on,” Murphy said.