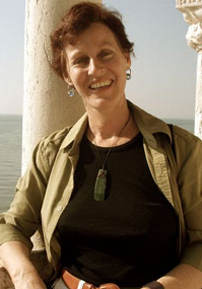 New Zealand playwright Lorae Parry’s Eugenia will be performed at the State University of New York (SUNY) from 1-11 March. The play is a debut for the region, having been performed only once in the United States, at the University of Wisconsin. Eugenia takes place in parallel stories, set in Wellington, in 1916 and in the present day. The play follows the real life tale of Eugenia Martelli, an Italian woman who immigrates to New Zealand and marries a woman. In 1916, there is a love triangle and a murder. Director Anita Gonzalez is pleased that the Department of Theatre Arts at SUNY is putting on the play, one that she considers “experimental and controversial.” Sydney-born Parry moved to New Zealand in 1973. In 2004 she was awarded a Queen’s Honour for her services to the Performing Arts.