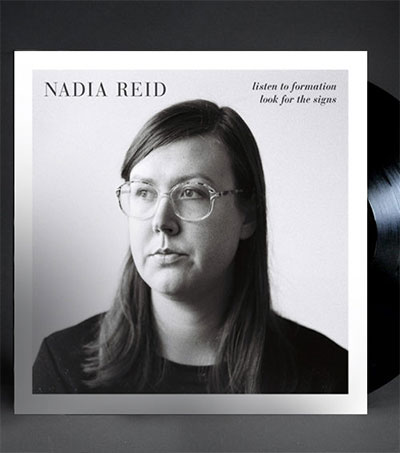 Singer Nadia Reid’s highly rated debut,Listen to Formation, Look for the Signs is included in the Guardian’s annual roundup of “The Albums We Missed” column.

Reviewer Michael Hann says: “It took 24-year-old New Zealander Reid seven years to write the songs for her first album, because ‘I wasn’t sure how to begin, or if I had it in me.’ But this doesn’t sound like an album troubled by musical doubt; Reid’s touch is sure throughout, as is her judgment.

“Her palette isn’t broad, but it’s expertly deployed – on the modal folk of Call the Days, she’s reminiscent of Laura Marling; on Reaching Through, a full band gives her a bit of Teenage Fanclubesque oomph (like Angel Olsen, she’s adept at switching from introspective and soft to loud and rocking); Just to Feel Alive is the kind of indie soul ballad that Matthew E White’s Spacebomb collective specialise in.

“Reid’s voice is wistful and reflective, sometimes blurring the syllables, and it gives this startlingly good debut a feeling of warmth, a welcoming Aga in the musical kitchen.”

She plays at the Sydney Festival, St Stephens Church in Sydney on 10 January.