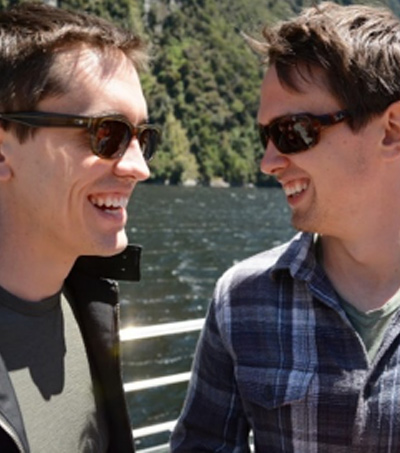 In a 3,000+ word exploration of the Upper Hutt-based “base camp for a better world” established by the Monahans in Whiteman’s Valley, Vance observes that “the country is an ideal petri dish for this type of human lab work. With 5 million people, New Zealand is a two-degrees-of-separation place where a key government official or bright engineer is a phone call away. This connectedness lets small groups of people get surprisingly big things done… the current government has embraced foreigners as a means of diversifying the economy and rethinking the country’s collective goals. Politicians and businesspeople have been pushing to attract talent that will build new industries, which could carry New Zealand past its dependence on agriculture and tourism. Beyond that, there’s a growing desire to make New Zealand a role model for a more modern, enlightened capitalist economy.

“The country’s Global Impact Visa is as much about intellectual renewal and generating positive vibes as economic impact. You can live in New Zealand or not, do business in New Zealand or not, and stay in New Zealand at the end of the visa term or not. The main requirements, which were set when the program was established two years ago, are that you’re an interesting person with good intentions and good ideas and that you know lots of other interesting people with good intentions and good ideas.”

Nurtured, endorsed and facilitated by Immigration New Zealand, the Global Impact Visa is “designed to solve a few problems,” according to Vance. “People applying to start a business in New Zealand must often prove upfront that they have the funds to sustain the operation. This is tricky for those who aren’t quite sure about their business prospects and might exclude some of the riskiest ventures. Also, New Zealand is a very long way from Silicon Valley, New York, Berlin, or any other major tech hub, which makes it more challenging to persuade people to pack up their life and give it a go. With the Global Impact Visa, foreigners can treat their New Zealand adventure almost as a thought experiment.

“There’s a consensus here around the idea that New Zealand represents a clean slate, a chance to do business with more heart and less greed.”
The Monahans brothers created Archives.com in 2009, digitizing and organizing records from archaic city databases such as birth certificates and cemetery records. Ayele joined his former Harvard classmate Brian Monahan at the company in 2011. In 2012, Ancestry.com bought the records business for $100 million.

The Global Impact Visa is awarded to about 70 to 100 candidates based on their backgrounds, talents, and ambitions. The visa is valid for three years. The government will evaluate the program in 2020. Projects initiated by the Edmund Hillary Fellows include new space technology, a new operating system for small computing devices, the “Tesla of composting” called MakeSoil, and a project to bring Pacific Islander traditions and ways of thinking to the uninitiated.

The Vance piece for Bloomberg concluded with an observation from Ayele that it will take time to figure out whether this experiment will have the desired effects on New Zealand’s culture and business, but he remains hopeful it will become a model for others. “Entrepreneurial success has been extremely skewed in the direction of building monolithic companies where the winners take all,” he says. “It’s stifling creativity and innovation when there’s no room for new ideas and things to emerge. I don’t know if we can reverse that as a society, but we’re trying to help plant the seeds of doing things a different way.”

The Edmund Hillary Fellowship is at https://www.ehf.org/.

Stuff ran a two-part exploration of the Whiteman’s Valley initiative, “The Americans” by Tony Wall and Adam Dudding in 2017.