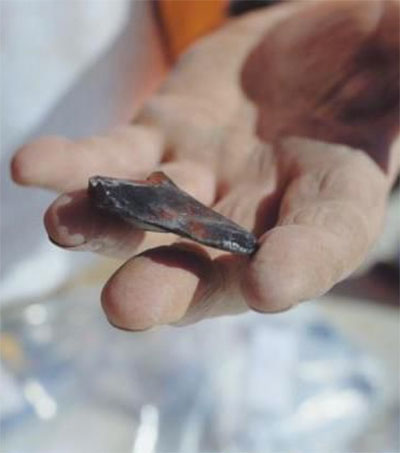 While much early Māori history is documented through songs and stories – from tales of Kupe, who Māori consider to be the first adventurer to navigate to New Zealand to the deep roots of the pōhutukawa tree in Māori mythology – archaeological digs have also helped to piece together details of early Māori life in the land they first called Aotearoa. Such is the case with a recently discovered 14th-century Māori village along the country’s South Pacific coastline.

As the Gisborne Herald reports, the remains of the village were found in the present-day city of Gisborne, via a 2.5-metre-deep excavation on the edge of an old riverbed.

At the excavation site, University of Otago archaeologists uncovered bones of moa, fish hooks fashioned from those bones, as well as stone tools made of obsidian and chert rocks that date back to the early 1300s.

The team says the discoveries help to fill in the gaps about where Māori first settled in this area.

“We don’t know as much about early occupation around this part of the coastline as we do in other parts of the country,” University of Otago professor of archaeology Richard Walter says.

The area is of historical importance because it’s believed to be the first landing place of canoes which carried Māori to the district in 1350. It’s also where the first contact between Māori and British explorer James Cook took place in 1769.

As the Herald reports, the excavation took place in anticipation of the development of a wharfside log yard. “Given the port’s location, we take the protection of these significant sites within operational areas very seriously,” Andrew Gaddum, general manager of Eastland Port Limited, which is constructing and operating the new log yard, tells the paper.