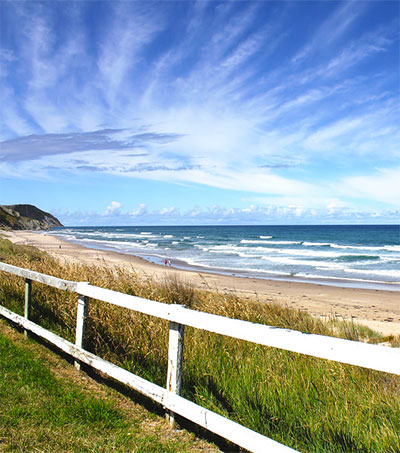 “Captain James Cook’s arrival on 8 October 1769, near the site of present-day Gisborne, led to the first meetings between Europeans and Māori. But despite initial, sometimes fatal, misunderstandings, the great navigator’s efforts to build trust – helped by Tahitian chief Tupaia, who travelled with Cook – won him lasting respect,” the UK newspaper writes.

“So although he will always be a controversial figure for some, the 250th anniversary of this historic meeting is a landmark event, being celebrated most notably with a voyage around the country by a flotilla including a replica of his ship, the Endeavour, setting off from Gisborne.

“One of Cook’s initial landing sites was stunning Mercury Bay, further up the coast, where the explorer became the first European to visit a Māori pa. The wider area, the Coromandel peninsula, has temperate rainforest, misty mountains and dramatic coastal scenery with several heavenly beaches. Hiking, cycling, kayaking and whale-watching trips keep visitors busy, and towns such as laid-back Whitianga offer plenty of opportunity to try the excellent seafood.”

Original article by The Guardian, January 6, 2019.