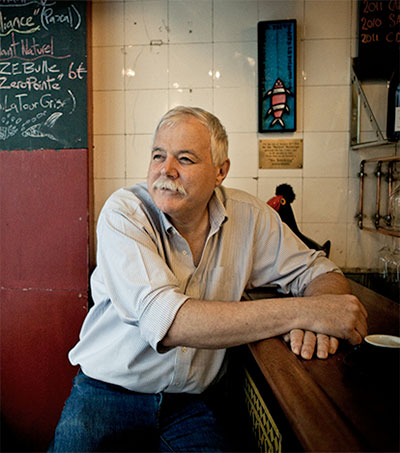 “Fish La Boissonnerie’s garishly decorated mosaic frontage is the perfect introduction to this lively and friendly wine bar-cum-bistro. Set in a converted fishmonger’s, its well-lit floor, exposed beams and polished zinc counter give the space an airy feel. Run by a trio of expats – co-owners Harré and American Juan Sanchez, and English chef Ollie Clarke – this is a place where you don’t have to worry about speaking the local language. The wine list, which is mainly French, is comprehensive and will interest both the oenophile and the novice, while the food, as you might expect, will delight seafood lovers. Sit at the bar and watch the locals come in after 9 p.m.”

New Zealand’s Taste magazine interviewed Harré in 2013. Rose Hoare wrote: “In 1989, Harré opened Così, a sandwich shop that bakes its own flatbread in a wood-fired oven on the shop floor, and still commands queues out the front door, even when it is raining. In 1996, it was franchised by a pair of American brothers who had been captivated by Harré’s sandwich masterpieces – their Così now has more than 100 outlets in 16 American states.”

Original article by Will Lyons, The Wall Street Journal, March 19, 2015.