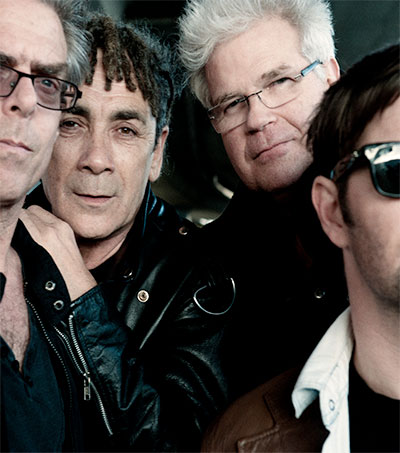 One of the founding members of iconic Australian band, New Zealander Todd Hunter (pictured second from right), talks to Digital Journal about the band’s new album and their very modern way of working.

Forty one years and a series of break-ups, reformations and line-up changes later (death, drugs and disillusionment have all taken their toll), the foursome are still going strong, releasing a new album called, Roses.

Discussing the [album’s] themes this time around, the 63-year-old, who also wrote music for popular ‘90s TV series, Heartbreak High states, “The songs are mainly about stuff that’s happening to people who are writing at the time, in a veiled sort of way. There’s a lot of songs addressed to people, there’s a couple of songs we wrote at ‘band camp’ down here on the South Coast in early January …”

Although famous for songs like “April Sun In Cuba,” “Are You Old Enough,” “Still In Love With You,” “Young Years” and “Dreams Of Ordinary Men,” Todd is well aware of the importance of constantly producing new material in order to remain “relevant”.

“We’ve started playing some of these new songs and by the second chorus people are singing along, so we’re happy with that,” Hunter says.

Hunter founded Dragon with his brother Marc in 1973.