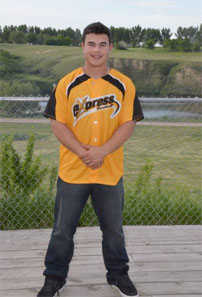 Drafted into the Major League

Auckland catcher Daniel Devonshire, 19, is “the talk of the Moose Jaw baseball community”, according to Saskatchewan local newspaper reporter Aaron Stuckel. “Devonshire is the third ever baseball player from New Zealand to be drafted to the Major League Baseball, drafted to the Toronto Blues Jays in the 37th round. “There’s just something about baseball that I love so much that I couldn’t stay away from it,” Devonshire said. Devonshire currently attends Colby Community College in Kansas. Regarded as New Zealand’s top high school player, Devonshire left for the US in 2011.