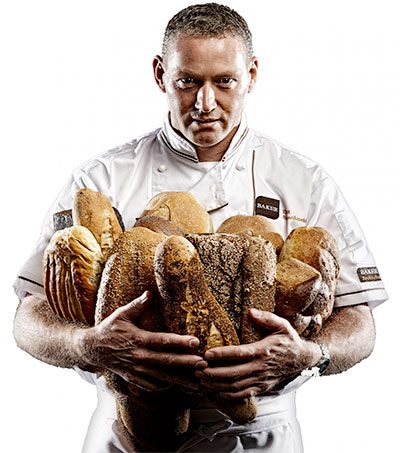 New Zealander Dean Brettschneider, 46, chief executive and head baker at Baker & Cook, has opened five outlets in Singapore since the artisan bakery was founded in 2012.

Brettschneider draws a comparison between his homeland and Singapore: “They’re both young countries filled with many cultures. By that definition, you’re immersed in all of them.”

His exposure to cultural vibrancy is reflected by his firm belief in “new world baking” which, to him, represents the best of baking from around the world. The bakery has baguettes, croissants and other specialities inspired by regions around the world.

Despite his success as a baking personality, Brettschneider has not let fame go to his head. “I’m just Dean, a guy baking a cake, who still cleans the floor and coffee machine from time to time.”

This year, global investor Atlantic Partners and local investor Commonwealth Capital each acquired a 20 per cent stake in the business. The chain is also looking to explore other Asian markets for international expansion.