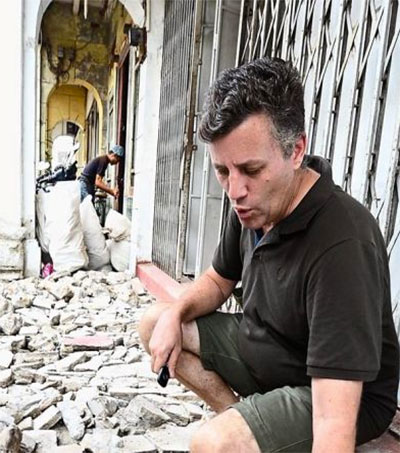 Co-founder of the George Town Heritage Action Group New Zealander Mark Lay is so dedicated to heritage conservation in the Malaysian city that he walks everywhere with a camera in hand, taking pictures of renovation works and checking on the permits.

“As a teenager, I saw a lot of change in Singapore and many prewar buildings being demolished,” Lay said.

He said that at that time, there was a real push in Singapore for development and heritage was not considered important.

“A big change came when tourism numbers started to drop. The Singapore Tourism Board then found many tourists came to Singapore to see the old things and they wrote that it was tragic to see heritage being wiped out in the name of development.

“I do not want what happened in Singapore to happen in Penang.”

Lay moved to Penang with his family in 2012.

“Penang is a nice place to live and to bring up my kids. One main reason for coming here was the state’s heritage site.”