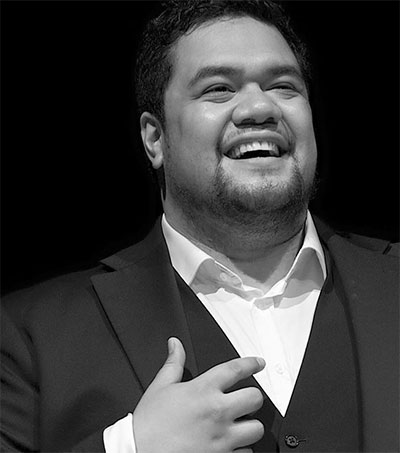 New Zealander Darren Pene Pati, “the one with the special tenor voice”, took second prize and the audience prize for male singer at this year’s Operalia, The World’s Opera Competition, held in London.

According to Financial Times reviewer Richard Fairman, the standard at this year’s competition was “commendably high”.

After the results Pene said: “[Winning] the audience award is one of the best feelings because you know that everyone in that theatre loved you. One of the best feelings in the world was standing in the limelight on the stage when they called the audience prize and opening my arms out wide to accept the honour and to feel such love and to feel people really loving what you do.”

The Operalia competition was founded in 1993 by Plácido Domingo to discover promising young opera singers.

Pati is a member of opera trio Sol3 Mio. In 2014, he won first prize in the Montserrat Caballé International Singing Competition in Zaragosa, Spain.