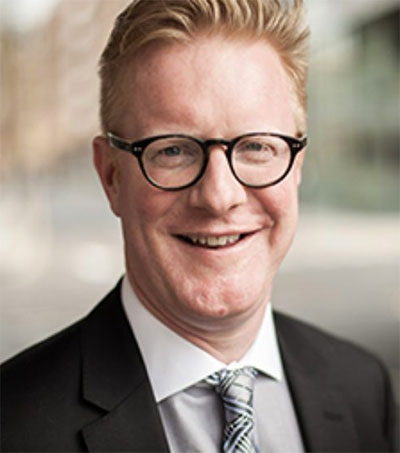 New Zealander Darren Hughes, who has just been named chief executive of the Electoral Reform Society (ERS), the UK’s leading democratic reform group, discusses his new role in a piece for the Huffington Post.

“I join at a time of huge change for democracy in the UK,” Hughes, 39, begins.

“The ERS has grown significantly over the past few years, following the most disproportionate election ever in 2015 – and now an election that saw one in five voters ‘hold their nose’ and feel forced to opt for a second or even third-choice party.

“That’s 20 per cent of those who turned out – double the proportion of 2015 – trying to second-guess other voters. Meanwhile millions of wasted votes piled up in safe seats across the country, with a majority of ballots going effectively uncounted. That’s no way to run a modern democracy – and does nothing for faith in politics.

“But the ERS is in a strong position to challenge this. Thanks to the work of previous chief executive Katie Ghose and our fantastic team, the Society has become the leading voice on democratic issues over the past five years – with a widened remit as the ‘pressure group for voters’. That is a role I want to fulfil and build on.

“And just as trade negotiators arrive from around the Commonwealth to help with post-Brexit trade talks, as a New Zealander I hope to bring perspectives of similar Westminster-style democracies who have modernised to proportional representation where seats match votes.”

Hughes was a New Zealand Member of Parliament between 2002 and 2011. He was first elected at the age of 24.

In 2012, he relocated to the UK to become the campaigns and research director of the ERS.