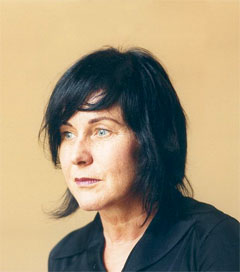 Curating the Authentic at the Paris Art Fair

With the International Contemporary Art Fair in Paris celebrating its 40th year, director of the Foire Internationale d’Art Contemporain (FIAC) New Zealander Jennifer Flay discusses the past, and the quality of art with the New York Times.

This year’s fair, which ran from 24-27 October at the Grand Palais and other venues in the capital, featured 184 exhibitors from 25 countries in its main hall. The fair continues to distinguish itself with a strong French presence – 30 per cent of the galleries were from France; 25 per cent of the galleries at Frieze London came from Britain – but played host this year to a bigger number of international galleries, including 33 from the United States, 22 from Germany and 13 from Italy.

But expansion and innovation are not FIAC’s only concerns, and if anything the tagline on its promotional materials this year, “The First Forty Years,” emphasizes the past as well as the future.

Flay, who has been director of FIAC since 2010 and was artistic director of the fair before that, said: “Newness is not our baseline.”

“It’s about quality and excellence. That’s what we are consistently reinforcing and consistently questioning.

“We looked at artists that are showing promise, who draw the attention of a small group of people and that have not drawn international acclaim. We want something personal, authentic, sincere and fresh in its message.”