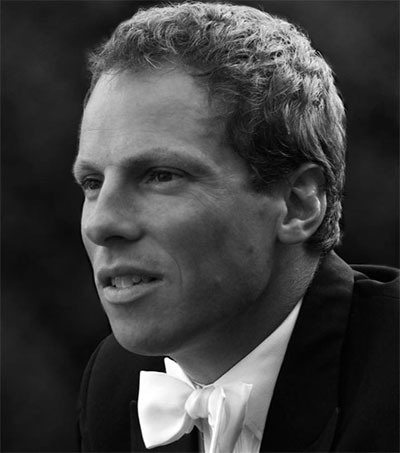 Under the direction of New Zealand-born conductor Michael Joel, the Lakeland Sinfonia “presented a programme that was well-suited to their strengths,” according to the Westmorland Gazette’s Adrian Mullen in a review of a recent concert at the Westmorland Hall in the UK.

“It opened with a likeable piece by his compatriot, Douglas Lilburn – Diversions for Strings,” Mullen writes. “All five movements are skilfully scored and present technical challenges that were convincingly surmounted – the occasional very high, exposed 1st violin writing, the spirited, jaunty rhythmic periods and the rich, sonorous tonal depth during the slow, meditative passages.

“Joel – undemonstrative, with minimum of gesture, calmness of demeanour, yet possessing all the basic requirements – oversaw a reading of Beethoven’s 1st Symphony that featured close attention to Beethoven’s myriad of dynamic, phrasing, rhythmic and balance details. The fast movements were delivered with panache, fluency of interaction between the Sinfonia’s sections, whilst the slow movement was beautifully shaped with all sections blending seamlessly.

“An excellent finale to a fine concert.”

According to the Christchurch Symphony Orchestra webpage, Joel studied at Otago University where he completed an honours degree in conducting. After graduating, he studied with conductors Heinz Wallberg, Miguel Harth-Bedoya, Jac van Steen, and at the Dartington International Summer School.

Joel relocated to London in 2014. He is also a violinist and teacher.