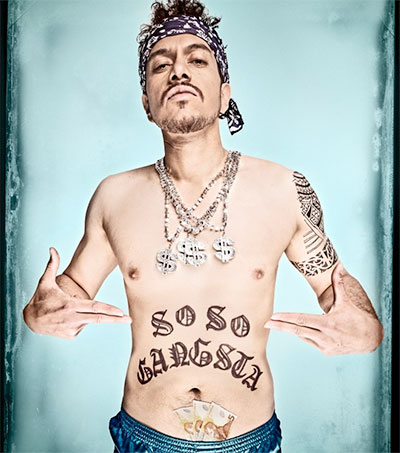 Wellington-born playwright James Nokise – a former gang member – is making his US debut with So-So Gangsta, a blend of theatrical lecture and stand-up comedy, as part of the New Zealand Performance Festival at La MaMa in New York.

Throughout March, La MaMa in New York City is hosting the New Zealand Performance Festival, for which they have invited some of New Zealand’s most innovative performers to bring their acts stateside.

Extended Play’s Tommy O’Malley recently spoke to Nokise, 33, about the investigative nature of his theatre work, as well as the ways in which he tailors So-So Gangsta to the various international communities in which he has performed it.

So-So Gangsta may mockingly engage gang culture, but Nokise, who was a member of the Bloods, is quite clear that urban youths are not the intended punchline of his jokes. Of his approach – which marries traditional theatre and stand-up comedy – he explained, “You don’t pick on your peers. You look at the high people, and you try and make them look ridiculous.

“In New York I don’t quite know who the powerful people are yet. In comedy, I always think you punch up. That’s the rule.”