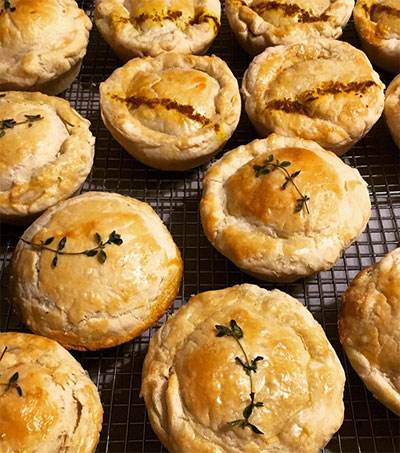 Tip Top Savory Pies, a popular eatery in Lafayette, Colorado “will soon introduce its New Zealand-style cuisine to a new area of Boulder County as the company is set to expand into a new storefront and manufacturing space in Boulder’s Gunbarrel neighbourhood” at the end of April, Lucas High reports for Boulder newspaper, the Daily Camera.

“Savoury pies, often filled with meats, cheeses and other seasonal toppings, are popular in many former British colonies, including Australia and New Zealand, and Tip Top prides itself on introducing ‘pie culture’ to the Front Range,” co-owner Carr told BizWest.

The Front Range’s culture, with its obsession with outdoor recreation, mirrors that of New Zealand, Carr said. And the portability of the small, handheld pies makes them a perfect snack to bring on a hike or bike ride.