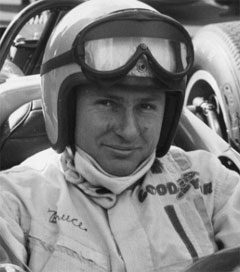 Chronicle of a Life and a Motorsport Legacy

As part of its 50th anniversary celebrations this month, the McLaren team is publishing a book celebrating its achievements, McLaren: 50 Years of Racing, which includes contains numerous never-before-seen photographs.

Bruce McLaren, a New Zealander, founded the team in 1963 as a vehicle for his own career as a racing driver. But he died in an accident in 1970 at 32, while testing his Can-Am car at the Goodwood track in England. He probably never imagined that his team would still be around today, with more than 1000 employees and having won 20 Formula One world titles, three Indianapolis 500 races, as well as the 24 Hours of Le Mans and Can-Am, which it dominated for years.

From its humble beginnings to the epic duel between Niki Lauda at Ferrari and James Hunt at McLaren in the 1970s to the birth of the series as a major world television sport with the battles between the McLaren teammates Ayrton Senna and Alain Prost in the 1980s, the team has been at the forefront of racing history.

The element of humanity comes through from the beginning of the team, with Bruce McLaren being nearly universally liked by his colleagues.

“There were only six of us at the start,” McLaren stalwart Tyler Alexander said. “Bruce had this ability to get you to do things – but without pushing you along. I think it was Eoin Young (another of the six) who said: ‘You didn’t work for Bruce McLaren. You worked with Bruce McLaren.’”

McLaren: 50 Years of Racing is written by longtime Formula One journalist and author, Maurice Hamilton.