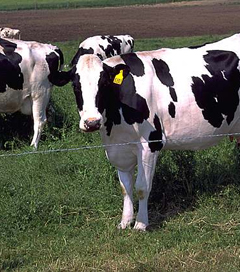 After it was revealed last week that Fonterra’s botulism scare was a false alarm, the company and New Zealand are now receiving admiration from Chinese media for its handling of the incident. The botulism scare saw Fonterra incur short-term losses and had China and other nations questioning New Zealand’s clean-green image and its food safety policies.

However, since it was announced by New Zealand’s Ministry for Primary Industries that tests showed whey protein concentrate manufactured by Fonterra contained Clostridium sporogenes, Chinese media have been applauding the Fonterra for its responsibility and voluntarily warning customers of a possible threat. Clostridium sporogenes cannot cause botulism, but at elevated levels can be associated with food spoilage.

Commentary by Chutian Metropolis Daily remarked, “Let’s put aside the details of why the company could not tell the difference between the two bacteria, but Fonterra’s extreme caution about quality – like the old Chinese saying that every bush and tree looks like an enemy – is worth learning from. It’s commendable that the company voluntarily reported to the government and started the precautionary recall.”

An editorial in the Nanfang Daily said Fonterra’s economic losses would be overshadowed by new profits after rebuilding its goodwill. “It is admirable that Fonterra and the New Zealand government were transparent and issued a warning… The market will surely provide an answer on whether such moves boost consumers’ confidence or not,” the newspaper wrote.