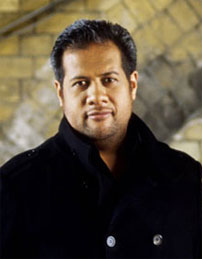 Dunedin-born opera singer Jonathan Lemalu, 36, tells the Guardian how he learnt to sing in Mandarin for the New Zealand International Festival of the Arts premiere of Three Poems by Mu Xin, which he and the New Zealand String Quartet also performed together for its UK premiere on 29 March at London’s Kings Place. “Gao Ping is a prolific solo pianist who has taught composition at the University of Canterbury since 2004, and blends elements of Chinese and western music in his works,” Lemalu says. “He wrote the songs specifically for me. They’re difficult musically, but this challenge pales in comparison to the libretto, which is in Chinese. The inflections of the dialect of Mandarin, are difficult to notate precisely, and the diphthongs and even larger combinations of vowels are also very tricky for a non-speaker.”