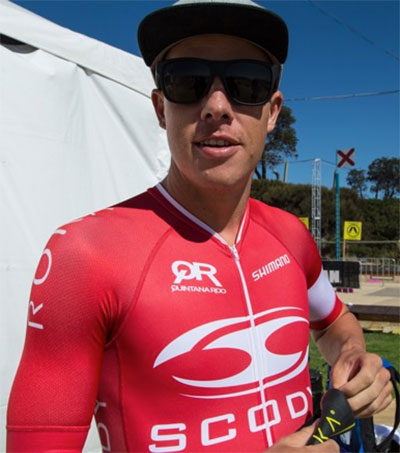 Millward, who now divides his time between Australia and Boulder, Colorado, depending on the season, has won three Ironman 70.3 events, but has never been able to finish at the top in the full-distance competitions.

Before the race, Millward said he believed that the key to adjusting to the full-fledged Ironman race, which is twice the length of the 70.3 mile event, is getting accustomed to the longer bike ride. “It’s just getting strong on the bike, learning how to ride 112 miles, and then just getting enough calories in so your body can keep going.”

Last year, Millward was in Honolulu and Kona, filming his his YouTube series, called “Cupcakes with Cal,” featuring sit down interviews with athletes. It started while he was in Boulder with a few interviews, and as the popularity grew for the series, he got a few sponsors to send him to the Big Island to continue the series at the Ironman.