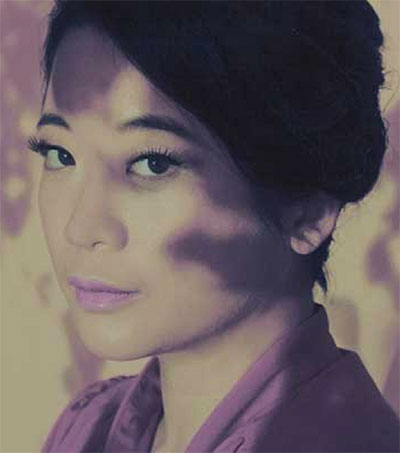 Profoundly inclusive and spectacularly eclectic, cabaret is what ‘theatre could have been if it hadn’t started building walls’. “Growing up, I never saw anyone who looked like me in the arts industry,” New Zealand-born musician and cabaret performer Sophie Koh tells Guardian journalist Van Badham for an article marking the start of the 2019 Adelaide Cabaret Festival, on until 22 June.

Koh is an Australia-based singer-songwriter from a culturally Chinese background. She achieved mainstream recognition as the winner of Triple J’s Unearthed competition, has co-hosted the ABC’s Spicks and Specks, and had her songs featured on soap operas Home & Away and Grey’s Anatomy.

But it was her star turn as Shanghai Mimi in Finucane & Smith’s polyglot cabaret of the same name that brought her Mandarin-speaking migrant family into the theatre.

An homage to the Shanghainese music hall culture of the 1930s, the production, staged earlier this year, featured Chinese acrobats, Cameroonian dancers and a Western house band, with Koh centre stage as its bilingual chanteuse and MC.

But even with all that promise, a history of cultural disconnect with main stage spaces – and the representation of migrant communities on them – made it a tough sell for her parents, who weren’t used to thinking of themselves as the target market for a city festival show.

“My parents worked two jobs, were immigrants – they loved arts, they played in school bands, played harmonica, have a karaoke machine and love having parties,” she says, “but they never had the cultural habits to come on a website and book tickets to a festival.”

The cabaret itself – and its embrace of multicultural identity, references and, importantly, language – was transformative, not just for Koh’s family but a broader community of new theatregoers. An aunt she hadn’t seen in 10 years came along and cried when Koh sang a Chinese song as familiar to Mandarin-speaking audiences as Love Me Tender is in English. “Every night of the show, the audience got more diverse, younger and less white. I think word of mouth was very powerful,” Koh says. “By the last show, there were people singing along.”

Koh is new to the cabaret scene but her experience of community and cultural reconnection is something repeatedly identified by veterans makers and performers on its international circuit.