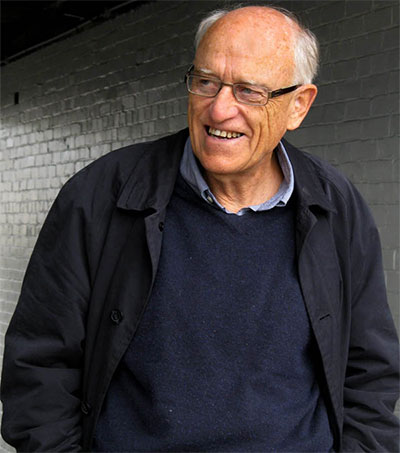 “The Necessary Angel’s literary preoccupations are familiar territory for [C.K.] Stead, a distinguished novelist, poet and critic who was for many years professor of English at the University of Auckland,” Financial Times correspondent Zoë Apostolides writes in a review of Stead’s latest book.

“On a balmy midsummer’s night in Paris in 2014, academics gather at the Sorbonne to discuss an upcoming centenary commemoration for World War I. Among them is New Zealander Max Jackson, professor of English at the university. Max has recently moved into the downstairs flat in the apartment building where his estranged wife Louise and their children still live. Their relationship is about to be complicated further by the arrivals of the enticing, ‘quicksilver’ Sylvie, a junior colleague, and Helen, a bipolar postgraduate student who reminds Max, on their first meeting, of Rosa Dartle, ‘the wild woman, the only one with real character in David Copperfield’. For Helen, lithium is the necessary angel of the title, something to be as much endured as revered, and this theme recurs throughout Stead’s masterfully structured story,” Apostolides writes.

“Stead wrote the book in English, but notes at the start that the conversations between the characters take place in French, and the story examines both the power and prohibitive potential of language.”

Christian Karlson “Karl” Stead was born in Auckland in 1932.