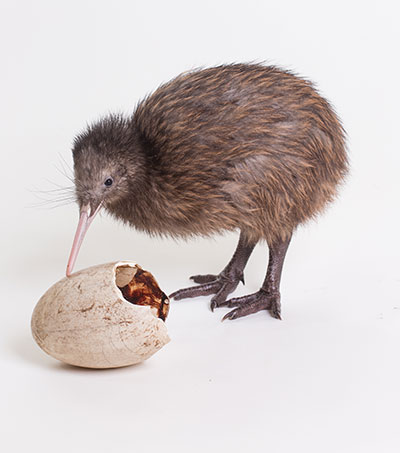 A little brown kiwi chick has hatched at The Smithsonian’s National Zoo and Conservation Biology Institute in Virginia, United States.

Zoo staff had been monitoring the egg closely the previous week after signs it would hatch soon.

Keepers “candled” the egg during a Facebook Live on 27 July, days before it hatched. This meant staff shone a light into the egg to get a better idea of what state it was in.

The egg had been in an incubator for 75 days to maintain proper temperature and humidity after it was laid by Rua at the institute.

The yet-to-be-named chick was moved to the institute’s kiwi facility on 3 August. She will eventually be paired with a male and will join the Association of Zoos and Aquariums’ Species Survival Plan for brown kiwis.

In 1975, The Smithsonian’s National Zoo became the first organisation to hatch a brown kiwi outside of New Zealand. The institute has hatched six kiwi eggs since 2012.