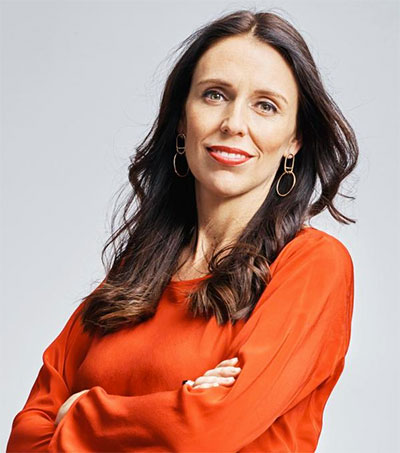 This week, Prime Minister Jacinda Ardern is due to arrive in the UK for the Commonwealth Heads of Government Meeting in London, and will see both Theresa May and the Queen. She knows England well, having lived in London for 2½ years in her mid-twenties, working first as a senior policy adviser under Tony Blair and then at the Home Office.

Ardern lived in Wood Green, Fulham, Vauxhall, then Brixton. “But I’ve never been to Buckingham Palace,” she says. “I will be very self-conscious because I’m not mindful of elbows on tables. I’m a bit casual.”

When I ask if she thinks of herself as a Blairite, she replies: “No. If you said that in New Zealand it would not be particularly meaningful. I’ve always instead described myself as a pragmatic idealist.”

She has developed a good relationship with May, who, she says, “is navigating an incredibly tough political environment”. May was quick to call her to congratulate her on the election win. “Since then we’ve exchanged a few text messages and I really appreciate that level of informality in communication.” As for a post-Brexit trade deal with New Zealand, Ardern says “the ball is very much in the UK’s court. We are ready and willing. If you’re going to start anywhere, I’d say we’d be a good place to start. I have no doubt that Australia will be very keen as well. The only hold-up from our perspective is the UK’s readiness, and just the delays that the exit might create. In the meantime, we’ve put a lot of emphasis on trying to progress an EU Free Trade Agreement and, hopefully this year, there’ll be a mandate from the EU to begin negotiations with us.”

She is determined that the feelings that led to Brexit do not spread to New Zealand. She believes the centre left is on the back foot globally because of the new technological revolution and the uncertainty this has caused among voters.

“We’re in a cycle at the moment: left and progressive parties are just not doing well. People are feeling more insecure, be it financially or not having a sense that their future is quite as predictable as before, and might be looking for an outlet or something to blame for that sense of insecurity. And no one’s immune to that. I want at least here in New Zealand for us to be in front of that, so we don’t leave anything to chance.” She wants to ensure that “workers are transitioned into future opportunities and are not left behind by the carnage of a new industrial revolution”.