NZEDGE  >  News  >  Arts  >  Bringing Something Different to Every Party 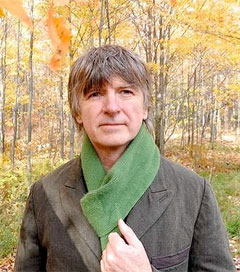 Bringing Something Different to Every Party

Neil Finn, who is playing at Australia’s Falls Festival in December, has had a colourful career so far. Wild in Split Enz, he’s been a straightforward balladeer, the front man of a punchy band, a member of a ramshackle but groovy bedroom-to-the-stage group and the slightly weird solo man making music with machines, journalist Bernard Zuel writes for WA Today.

It keeps it interesting for audiences but you get the feeling it’s even more important for him.

“I’ve always been inclined that way. It was the nature of the first band I joined and I inherited those values to some degree,” Finn says. “But also growing up when we did it was always in everyone’s head and every album had to be distinct from the last, that something different had to be brought to the party. I still believe that that’s a worthy aim.”

The New Zealander talks about “hard-fought gains you make as you get older” to enable the new or the surprising to come through. He admits he still admires artists such as Van Morrison who may have stuck close to the same sound and style for decades, but there’s more excitement in his voice when he thinks of people such as Neil Young who have never stood still.

Finn’s new solo album Dizzy Heights is out in early 2014.